Khumbulani is a non-government organisation that is running a kindergarten as well as a care and supervision
program for school children for the past 12 years. The aid is focused on children and families suffering from poverty, AIDS/HIV infection,drug abuse, famine or tuberculosis.  Initially a total of 405 people were sharing an area of only 80m² ! 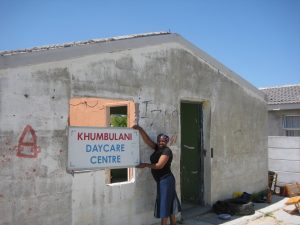 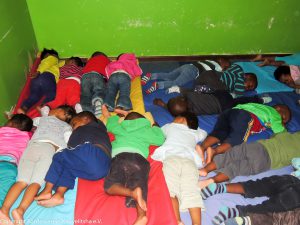 In 2009 the Förderverein got in touch with Khumbulani for the first time. It took a long time until formalities with the property and building plans were completed. The neigbouring property (only 180 m² in size ) was bought and provided by another sponsor.
It took until April 2014 to get the approval for the building plans and the construction works started immediately thereafter.

The building was offically opened 20 October 2016. 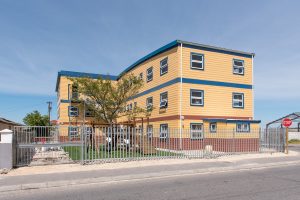 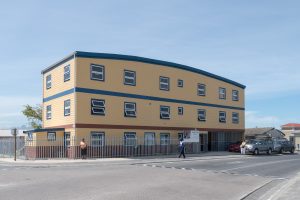 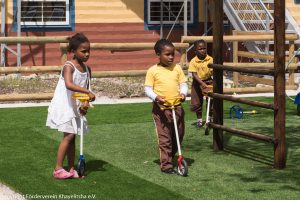 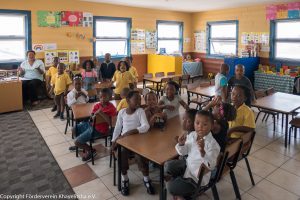 The renovation of the Khumbulani youth center has now been completed. The small house across the street from the Khumbulani center that Khumbulani received from a sponsor was very run down. After electricity, some windows and toilets have been installed, ceilings and floors have also been renovated and the painting inside and outside is finished. Now the building is used for the afternoon care of the students.

There are about 180 school children in the after-school care. When they get home from school, they are first given a hot meal provided by the kitchen of the nearby Khumbulani centre. Homework support and various courses are carried out

Here you can find us

The work of the Förderverein and the incoming donations for Khayelitsha are actually just a drop in the bucket.

But anyone who has experienced a child’s beaming smile in the children’s home knows why his/her commitment has paid off.

This website uses cookies to improve your experience while you navigate through the website. Out of these, the cookies that are categorized as necessary are stored on your browser as they are essential for the working of basic functionalities of the website. We also use third-party cookies that help us analyze and understand how you use this website. These cookies will be stored in your browser only with your consent. You also have the option to opt-out of these cookies. But opting out of some of these cookies may affect your browsing experience.
Necessary Always Enabled
Necessary cookies are absolutely essential for the website to function properly. This category only includes cookies that ensures basic functionalities and security features of the website. These cookies do not store any personal information.
Non-necessary
Any cookies that may not be particularly necessary for the website to function and is used specifically to collect user personal data via analytics, ads, other embedded contents are termed as non-necessary cookies. It is mandatory to procure user consent prior to running these cookies on your website.
SAVE & ACCEPT